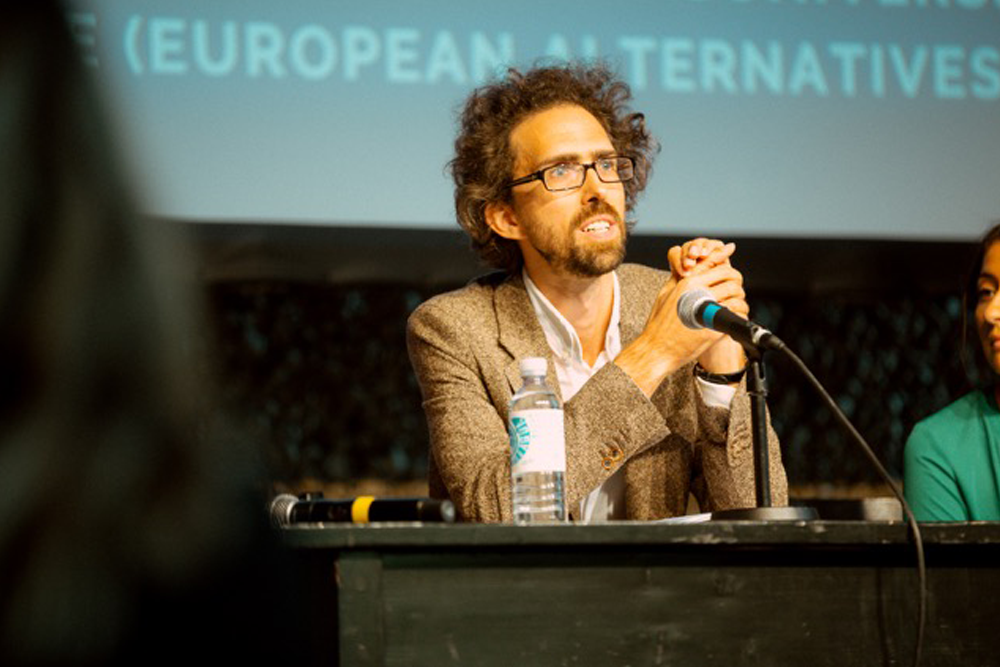 Niccolo Milanese is director of European Alternatives, a poet and a philosopher living in Paris, born in London to Italian and British parents. His grandfather emigrated from Sicily to Wales as a coal-miner in the 1950s. Niccolò was educated in Cambridge, Siena and Paris where he was an Entente Cordiale Scholar. Asides from European Alternatives he has been involved in the founding of numerous political and cultural organisations, magazines and initiatives on several sides of the Mediterranean, including The Liberal Magazine, YAANI, Mena Policy Hub, bitmind, Cultural Innovators Network, ECIT Foundation for European Citizenship, Europe+ campaign for a democratic EU and Civil Society Europe in which he currently chairs the civic space and fundamental rights working group. He regularly acts as a consultant for cultural, educative and political institutions and activist groups on cultural mediation and artistic innovation, citizenship and political theory beyond borders, generational trends and organisational design.